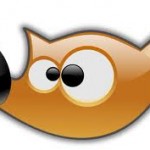 I recently had installed Gimp image editor in my KUbuntu through software management interface. After the installation was done i clicked the Gimp icon to launch it and the system did seem to try to load it but eventually it failed. However if i tried “gimp” command in “Konsole” it would load it (with a number of “failed” messages in the console window) but when i worked on a image for few seconds it would crash abruptly.

On googling for a solution i found this discussion. I did’nt get much about the “- change GTK+appearance” solution found there but i followed another possible solution i.e. “# mkdir ~/.gimp-2.6” and to my pleasant surprise my Gimp editor launches fine from the program icon now and it is working very well till now. Thanks a lot guys!